Welcome, all you pyromaniacs!

“God is Not a God of Confusion”

I believe 1 Corinthians 14:33 to be true but surely this verse can't mean the Holy Spirit isn't allowed to move in ways that are outside my scope of understanding. I have used this argument against the outpouring of the Holy Spirit's manifestations throughout my life as a saint. Recently, I discovered a substantial flaw in the logic of my own argument: by who’s confusion am I measuring God’s actions against? Without question, I would be more confused reading through the manual to a water heater than a plumber would be - am I justified in saying that manual is wrong or no longer relevant because it causes me confusion? Certainly not.

In the same way, how is someone justified in disregarding movements of the Holy Spirit through the saints simply because those movements are not fully understood? I would have to discard supremely central doctrines if I applied this argument across the board. Are we not somewhat confused concerning the Trinity existing three in one? Are we not baffled in regard to how God wishes that none should perish, but that all should reach repentance (2 Peter 3:9) while also, desiring to make his power known, creates vessels of wrath prepared for destruction (Romans 9:22)? Are we to reject these hard truths because they confuse us?

No Christ-exalting Christian would claim that they understand all works of God completely; to make such an assertion would be arrogant. Instead, maybe what is meant by those who use this statement as an argument against the outpouring of miraculous spiritual gifts is that God’s actions are allowed be confusing but your actions pertaining to Christ, dear Christian, are not. Perhaps they mean that although God does move in mysterious ways – he would not have us move in such ways. Most of the time, I hear this argument used against sporadic physical outpourings of spiritual acts like speaking in tongues, outbursts, dancing, etc. Although these situations make me WILDLY uncomfortable, the Bible is full of prominent characters acting out in ways that would surely make me cringe today. Here are a couple examples:

2 Samuel 6:14: “And David danced before the Lord with all his might, wearing a priestly garment. So David and all the people of Israel brought up the Ark of the Lord with shouts of joy and the blowing of rams’ horns. But as the Ark of the Lord entered the City of David, Michal, the daughter of Saul, looked down from her window. When she saw King David leaping and dancing before the Lord, she was filled with contempt for him.”

Acts 2:1-4: “When the day of Pentecost came, they were all together in one place. Suddenly a sound like the blowing of a violent wind came from heaven and filled the whole house where they were sitting. They saw what seemed to be tongues of fire that separated and came to rest on each of them. All of them were filled with the Holy Spirit and began to speak in other tongues as the Spirit enabled them.” V. 13 “Some, however, made fun of them and said, “They have had too much wine.”

Matthew 26:6-8: “Now when Jesus was in Bethany, at the home of Simon the leper, a woman came to Him with an alabaster vial of very costly perfume, and she poured it on His head as He reclined at the table. But the disciples were indignant when they saw this, and said, “Why this waste?”

These are God-fearing people worshipping the Lord in ways that are deemed good and right by God himself. In each example, from those who feel uncomfortable with the manner in which they are worshipping, these saints are met with contempt, ridicule, and indignation. Holy Spirit, help us to be open to your manifestations even when they appear confusing to us! 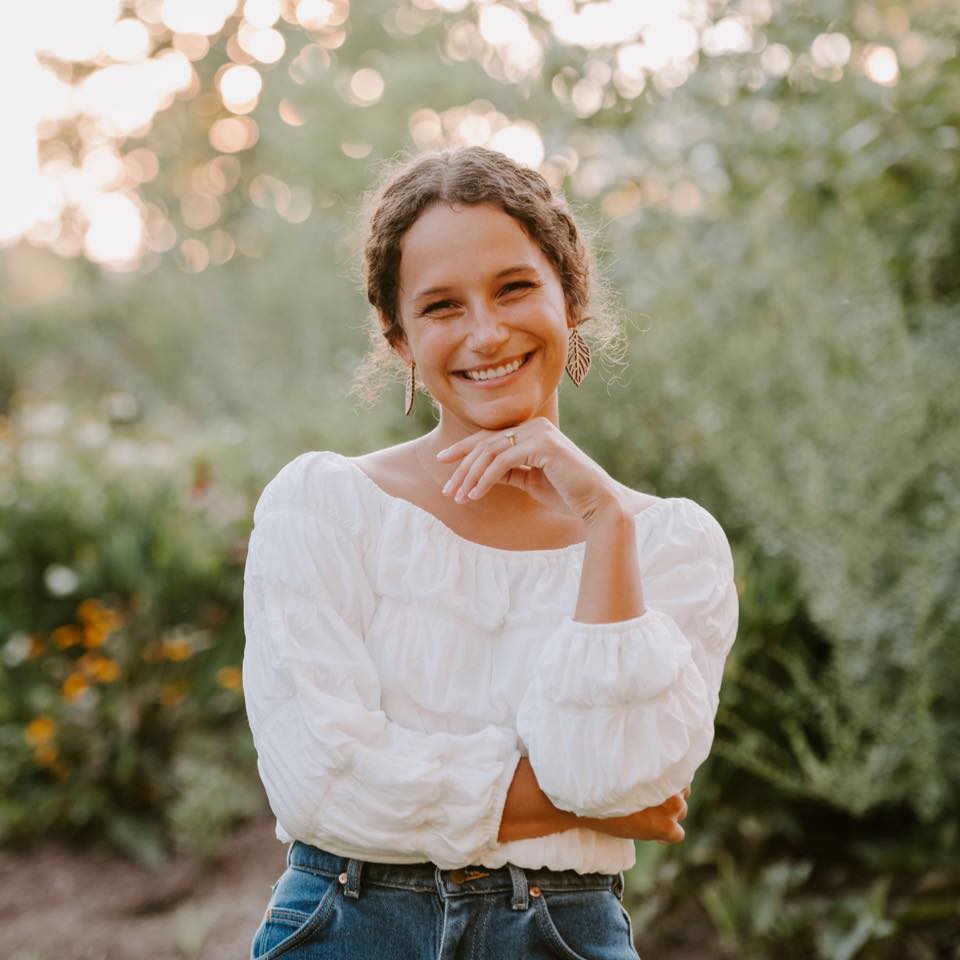 Erika (26) is an old lady trapped in a young womans body. She loves to paint, spend quiet time with the Lord, and go on walks with her husband and dog. As an INTJ, she is very driven and desires growth and authenticity. If she could, she would only ever eat desert - her favorite is jello poke cake (which she had for her wedding cake). She's extremely competitive and falls into mild depression if she doesn't get to go outside when the sun is out. She seeks truth, values honesty, and isnt afraid to gently pushback in conversations. If she was a plant, she would be a sunflower.

Email has been submitted.